Below you can find some of our most Frequently Asked Questions. Click on a question to see the answer; or if you can't find an awser, enter your question (more than 1 word) in the box below to search our FAQ database.

How do I know if I have a PPI Claim?

You can claim back PPI if the commission the lender received for the sale of the PPI was over 50% of the premium. This is known as a Plevin claim and the result is a return of the PPI plus interest. This usually happened without your knowledge. To find out if you have paid PPI Commission just simply enter your details on our website and we will do the rest for you.

How do I know if I have paid PPI?

To find out if you have paid PPI simply enter your details on our website and we will do the rest for you. We will send a Subject Access Request to your bank which will disclose if you have ever paid PPI.

What do I need to do to begin a claim?

All you need to do to begin a claim is enter your details on our website. We will then do all the work for you and keep you updated throughout the process.

What work will you carry out on my behalf?

Fast Track Reclaim will identify if you have paid PPI with the lender(s) selected on our website. If you have, and if we believe you have a PPI claim(s) using the Plevin ruling, your claim will be referred to Fast Track Solicitors who will fight to retrieve any monies owed to you and will issue legal proceedings against the lender if necessary.

How long does a claim take?

Though all claims follow the same process, we cannot guarantee a timescale for completion as some claims may be more complex than others. Our aim is always to resolve a claim as quickly as possible, on average this takes 6 to 12 months, however, at times complex cases can take longer than this.

What do I need to do to allow you to claim on my behalf?

Once Fast Track Reclaim have identified PPI and the Concealed Commission element, your claim will be referred to ourselves and we will commence our process on your behalf.

What work will you carry out on my behalf?

Upon receiving your claim, Fast Track Solicitors will ensure the required criteria is met to allow us to progress your claim. If this criteria is met, a Letter of Claim (LOC) will be issued to the lender on your behalf to retrieve a full redress of the PPI paid. The lender has 28 days to respond to our LOC; if we do not receive a response within this timeframe, we will then issue legal proceedings.

Who are Fast Track Solicitors?

Fast Track Solicitors is a trading style of Joseph James LS Limited who are a refreshing and innovative law firm who hold a 100% success rate for Concealed Commission (Plevin) claims. They have an experienced and knowledgeable team on hand ready to handle your claim for you.

Do I need to use a claims management company?

You are not required to use a claims management company to pursue your claim. You have the right to claim direct to your adviser, or to use the Financial Ombudsman Service (www.financial-ombudsman.org.uk) to seek redress independently and free of charge.

How do I know if I was mis-sold a pension?

The first step is to complete the 15 second Pension Test. We will quickly & easily assess whether you can claim and start the ball rolling. We take away the stress and hassle of attempting to make a claim by yourself.

How much does it cost to make a pension claim?

We work on a No Win No Fee basis so if we are not successful there is no cost to you. We charge 30% plus VAT on any benefit you receive as a result of a claim.

Was I mis-sold a pension?

If you were encouraged to transfer your money from a workplace pension into a different scheme your pension could be mis sold.

If you were approached by text, email or cold call to transfer your pension, you may be a victim of mis-selling.

Can you claim back tax paid on PPI refund?

You can only reclaim PPI tax going back four tax years, as well as the current one.

How long does a PPI tax claim take?

One of the main reasons why it is essential to get your claim in as quickly as possible is due to the amount of time needed to make a claim. Normally, it would take around 6-8 weeks to get a pay-out from HMRC however due to the COVID pandemic HMRC are advising that PPI tax refunds can take up 28 weeks.

How much do you charge for my PPI tax claim?

Why can I claim back PPI tax?

When you received a PPI refund you would have received interest on your payment. Your bank will have deducted tax from the payment and you received the balance as redress. However, if the total interest you've earned from your savings and the PPI statutory interest is less than your personal savings allowance, you can claim all PPI tax paid back.

Why choose us for claiming your PPI tax?

The process for claiming back the tax deducted from your PPI payment can be a little confusing as it involves opening a Government account and completing pages of questions unrelated to your PPI tax refund claim. We offer a simple online process without the need to complete long online forms or additional paperwork. Your claim instantly lodged with HMRC and you just need to wait for the cheque to arrive.

How Do I Know if I Have a PBA?

If the name of your bank account is something such as Silver, Gold, or Platinum, then the chances are this is a PBA. You can also identify this by looking at your bank statements and checking if a monthly fee is charged to you from your bank; this could be for your bank account.

Is PBA the Same as PPI?

No, PBA and PPI are two different products which were sold to cover different things. Whereas a PBA is sold to customers through the various benefits it offers, PPI is an insurance product sold to customers with credit accounts to cover repayments should they be unable to make these due to things such as redundancy or illness. A PBA is a bank account which has been upgraded; PPI is an insurance product attached to a credit account.

A Packaged Bank Account, or PBA, is an account with a bank where the customer is required to pay a fee each month. This fee usually ranges from £5 - £30 and provides the customer with certain benefits for paying it. These are things such as mobile phone insurance, travel insurance and vehicle breakdown insurance. These accounts were often given names such as Silver, Gold or Platinum Accounts to make them more attractive to consumers.

Why Were PBA’s Mis-sold?

PBA’s were found to have been mis-sold for various reasons. One of the main reasons was that banks ran incentive schemes for their sales staff, meaning that the more PBA’s they sold, the higher the bonus they would be rewarded.

The most common complaint points for PDL claims are:

Though these are the most common, the above list is not all complaint points that we hear from our clients.

How Long Does a Payday Loan Claim Take?

The lender has 28 days within which to acknowledge receipt of the claim, they are then required to provide a final decision within 8 weeks.

What is a Payday Loan (PDL)?

A Payday Loan is a loan of a relatively small amount that is designed to help ‘tide’ the borrower over till their payday. The loan will be paid into the borrower’s bank account and the full amount – including interest and any charges – must be paid back at the end of the month. Though these loans were and are highly convenient, they came with high interest attached and were also often mis-sold.

What is the Process for Making a Claim?

You can begin a claim on our website by entering the lender names and a few personal details. You will then be presented with a short questionnaire regarding your PDL. This questionnaire aims to identify information regarding the sale of the PDL and your circumstances at the time of borrowing. A Letter of Complaint (LOC) will then be created and sent to the lender who will acknowledge receipt of the complaint within 28 days. The lender will then aim to come to a final decision within 12 weeks. If for any reason the lender requires a longer time period to investigate your claim, we will inform you of this as soon as is possible.

Why Should I Make My Claim with You?

We are an experienced Claims Management Company with a reputable process. We possess the required skills and knowledge to deal with your claim, and we also have good working relationships with the majority of lenders.

How do I Know if I Have Paid PPI?

If you have statements from any credit agreements you have had then you will be able to check for PPI payments on them. However, if you do not have any paperwork but can remember the names of the lenders with whom you had the credit, then we can check for you. If you have forgotten the names of your past lenders, there are numerous trusted credit reference agencies on the internet who will provide you with a copy of your credit report either for free or for a small sum. All lenders you have held credit with will be listed on this report.

How Do I Start a Claim?

You can start a claim on this website. Simply select the lenders from the list shown, answer a few simple questions, input your details and submit your claim to us. We will then begin work on your behalf and will be in touch with you to let you know of the next steps and any updates.

How Long Does a PPI Claim Take?

All claims are different, so it is difficult to provide a set expected timescale for completion. On average, we find claims take around 3-4 months to complete, however, if complexities arise within the claim or if there is a need to refer the claim to the Financial Ombudsman Service (FOS) then there may be a significant delay. You will be updated throughout your claim by our team.

What is Payment Protection Insurance (PPI)?

PPI was often sold to people when they took out credit such as loans, credit cards, store cards, overdrafts, car finance & mortgages. It was sold to cover the monthly repayments in the event that the individual was unable to pay. This included things such as redundancy or illness/injury which meant they were unable to work. However, PPI was often mis-sold, and many people weren’t even aware it had been added to their credit accounts.

Am I Able To Claim? 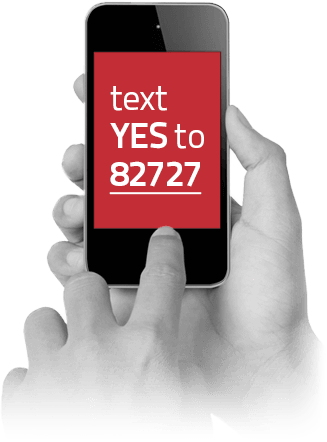